For a more just, inclusive and sustainable world.

What to watch for at the UN’s climate change conference 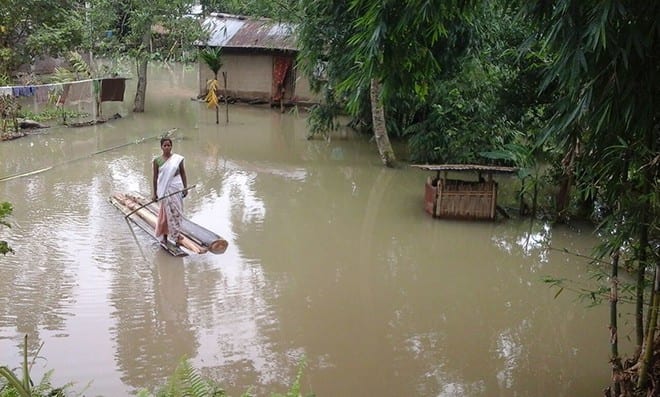 When the Paris Agreement on climate change was adopted by 195 countries back in 2015, most assumed that the next several COP meetings would be sleepy, technical affairs. After all, the agreement was done! Only the fine-print—the so-called “Paris Rulebook” — was left undecided.

The “rulebook,” which is due to be completed 2018, will include detailed guidelines on how the different parts of Agreement will be implemented. Because the Paris system relies on countries enacting their own emissions cuts, accountability and transparency are essential.

While these proceedings might normally go unnoticed, both President Donald Trump’s announced intent to withdraw from the Paris Agreement and back-to-back extreme weather disasters this year have put next week’s summit in Bonn in the spotlight.

Here are four things to watch as the negotiations unfold:

1) Shifting country dynamics: Since Trump’s withdrawal speech in June, many have wondered how his administration would engage in a process to establish rules for an agreement they never mean to implement. Their intentions are spurious at best, malevolent at worst. Because the U.S. is still technically part of the Agreement until formal withdrawal take effect in 2020, Trump’s envoys can actively participate in negotiations.

How active the U.S. will be at the Bonn meeting is still an open question: the U.S. State Department has announced that Tom Shannon, the Undersecretary for Political Affairs, will lead the delegation in Bonn. Shannon, a career diplomat who’s served presidents of both political parties, will likely streamline and professionalize U.S. engagement on technical issues at the COP, in line with what previous U.S. teams have done. Staff from the White House are also expected to attend, and to promote further support for advanced fossil fuel technologies.

In the past, the U.S. had provided substantial leadership within their negotiating bloc, the Umbrella Group, which is comprised of developed countries outside of the European Union. With the U.S. taking a less-visible role at the COP, it’s not yet clear how the Umbrella Group will function, and which members will attempt to set its direction more broadly.

2) Call for action to support small island states: Several small island nations and territories have been ravaged by powerful hurricanes and other severe weather events this year. With Fiji chairing this COP meeting, there is no doubt that the issue of “loss and damage” will be a focus this year. “Loss and damage” describes the permanent and unavoidable impacts caused by climate change.

As these countries ask for more support to respond and build resilience to future disasters, one subject of much discussion will be what “financial mechanism” (funding system) can address damages to homes, cultures, and communities.

3) Businesses, local governments, and others demand climate action: The Paris Agreement explicitly recognized the role of sub-national actors in helping address the climate crisis — states, cities, provinces, businesses, and so forth. The 2016 COP22 meeting in Marrakech formalized their role and started to coordinate and promote their actions.

In the wake of Trump’s June 2016 decision to back away from the Paris Agreement, hundreds of pro-Paris businesses, universities, and local and state governments signed the “We Are Still In” declaration. This network will host a series of events at the COP this year, where leaders like California governor Jerry Brown and former New York City mayor Michael Bloomberg will showcase all the work still being done in the U.S. to fight climate change.

4) Setting the stage for deeper emission cuts: The Paris Agreement calls for a “Facilitative Dialogue” process in 2018 to measure both countries’ progress towards meeting their 2020 emissions goals and holding warming as far below 2 degrees Celsius as possible. This will be big test: are countries prepared and able to do more to reduce emissions (or “ratchet up ambition” in climate lingo) going forward?

This COP is so important because it tees up next year’s Facilitative Dialogue; how things go in Bonn will heavily determine if the FD is a real and credible moment, or a hollow and mostly-symbolic affair.

Climate change is affecting our communities, our businesses, our Pacific neighbours and the poorest people in the world. It is threatening to unwind the progress made over the last 60 years in the fight against poverty. Every government must do its part to fix this problem. Join us in demanding that our government commits to a Zero Carbon Act.