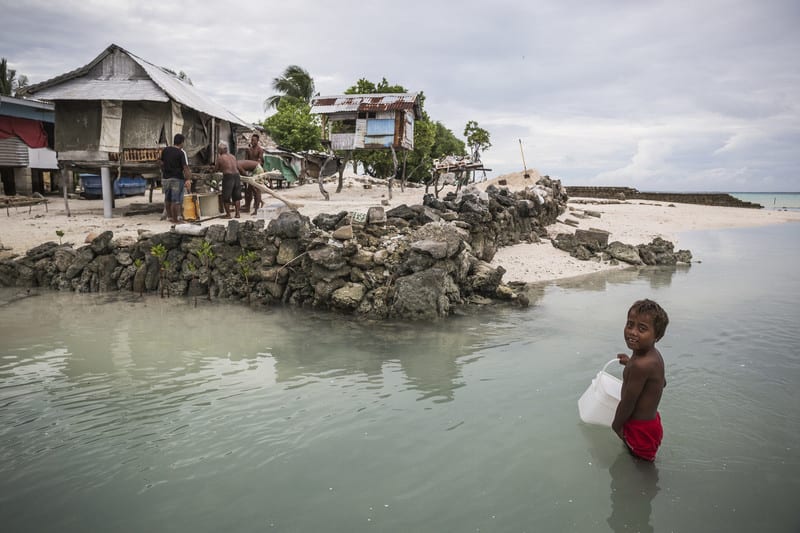 New Zealand has been issued a stark challenge from Pacific leaders to dramatically upscale its action to address climate breakdown, Oxfam says, after a clear rallying cry from nations at this week’s Pacific Islands Forum.

New Zealand has been issued a stark challenge from Pacific leaders to dramatically upscale its action to address climate breakdown, Oxfam says, after a clear rallying cry from nations at this week’s Pacific Islands Forum.

Oxfam New Zealand’s director of advocacy and campaigns, Dr Joanna Spratt, said Ardern was facing a critical test ahead in the context of Australia’s reckless lack of action.

“Instead of re-announcing money from our existing aid budget, the Prime Minister must listen to the voices of small island states in their calls for domestic action now, reducing our emissions with more urgency; and replenishing the Green Climate Fund.

“Supporting the islands through what we say is a start – but that should be matched by our actions. We need to significantly increase our climate finance, within a rising aid budget. A good step will be a $30mn replenishment of the Green Climate Fund, something that Pacific small island developing states and leaders at this forum have demanded.”

During the Forum, Pacific Island countries reaffirmed in the strongest possible terms – as they have done for several years – that the climate crisis is a matter of survival for them.

“We may look better than Australia, but that does not mean we are anywhere near doing our fair share. Our emissions are still going up, when they should be drastically declining in order to keep global warming below 1.5 degrees,” Dr Spratt said.

Last year, the Intergovernmental Panel on Climate Change’s landmark report laid out the severe consequences of failing to limit warming to 1.5C and the scale and pace of global action necessary to achieve this goal. New Zealand is among a tiny minority of developed countries in which climate pollution is going up not down.

Spratt said there is a clear divide in this region between Australia recklessly undermining the future of the Pacific, and those who will stand up to fight – and New Zealand’s actions will show whose side we are really on.

“We’re pleased New Zealand supported leaders’ calls to stay below 1.5 degrees and the need for urgent action. Prime Minister Ardern is a strong advocate of climate action, both in our region and globally. We now need the policies and funding to match those ambitious words.”

The group of Pacific Small Island Developing States issued their own statement earlier in the week – the Tuvalu Declaration – calling on all states to take the “prompt, ambitious, successful” actions necessary to limit warming to 1.5°C and secure the future of our region: a swift and just transition from coal, strengthening current and inadequate contributions to the Paris Agreement, and achieving zero emissions before mid-century. These are all calls that were amplified by the UN Secretary General when he visited Tuvalu earlier this year, yet which were either absent or watered down in the Kainaki II Declaration, adopted by all Forum members including Australia and New Zealand.

New Zealand’s only announcement this week was to ring-fence $150m from within the existing aid program towards supporting climate change adaptation in the region.

“While such support is of course going to be welcome, our Pacific brothers and sisters have been abundantly clear – bolder action is needed, and it’s needed now, to ensure the Pacific has a future,” Dr Spratt said.