Oxfam is closely monitoring after a cyclone warning was issued for Vanuatu, as numerous provinces brace for damaging gale-force winds and flooding. 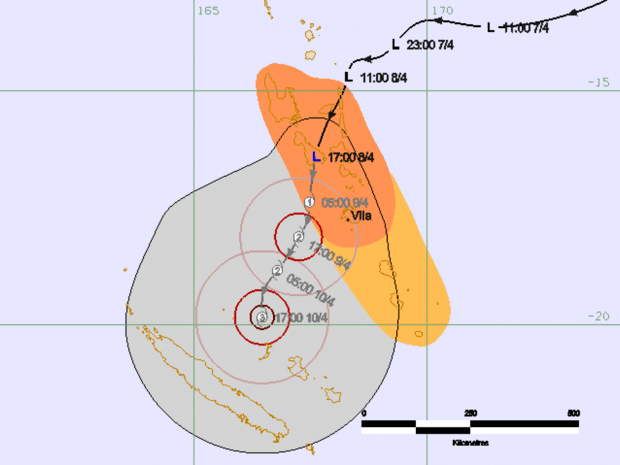 Oxfam is closely monitoring after a cyclone warning was issued for Vanuatu, as numerous provinces brace for damaging gale force winds and flooding.

Oxfam Vanuatu Country Director Elizabeth Faerua said the latest forecast warned there was a high risk the tropical low would develop into a cyclone within the next 12 hours.

Ms Faerua said damaging gale force winds of up to 75kmh were expected to affect the Banks Group, Malampa, Penama and Sanma provinces in the next six to 12 hours, extending to the Shefa Province in 12 to 24 hours.

“Heavy rainfall and flooding is also expected in low-lying areas and close to river banks, as well as coastal flooding,” Ms Faerua said.

“Oxfam is closely monitoring the system with our partners and will continue to do so, as the system is expected to intensify as it moves towards the islands overnight.

“We are ready to respond if needed and are keeping in contact with staff regularly to ensure their safety.”

Oxfam distributed emergency relief items such as clean water, shelter and hygiene kits in the aftermath, and helped rebuild lives in the months that followed, including by distributing seeds and gardening tools and implementing a cash-for-work program to provide people with an income.