Local singer, songwriter and actor Bryce Langston has today released his new single ‘Not Christmas Yet’. And in the spirit of Christmas, 100% of iTunes sales in December 2012 will be donated to Oxfam Unwrapped. 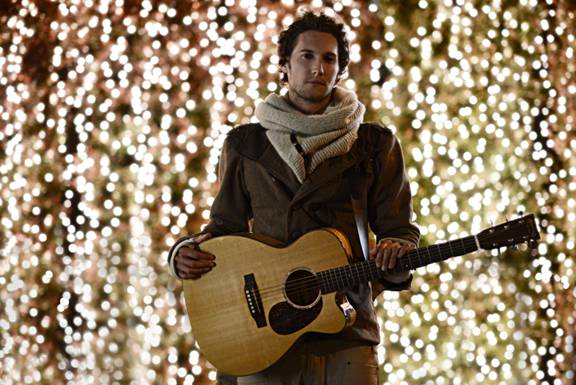 Local singer, songwriter and actor Bryce Langston has today released his new single ‘Not Christmas Yet’. And in the spirit of Christmas, 100% of iTunes sales in December 2012 will be donated to Oxfam Unwrapped.

The poignant melody, ‘Not Christmas Yet’ is about getting back to the core values of peace on earth and good will to all men. ‘Christmas is the perfect time to reflect on what we can do to help make the world a better place,’ says Langston.

Available now to purchase on iTunes worldwide, Bryce hopes to raise a minimum of $1,800, which would provide clean water to 1,000 people in the developing world.

While people will be familiar with seeing Bryce on their TV screens, previously as Shortland Street badboy ‘Ash’ in 2010, Bryce has also been busy forging a career in music.

His first single in 2009 ‘The World I Will Make’, followed by his debut EP ‘Synchronist’ in 2010, introducing his melodic acoustic style, was well received in both Thailand and Chile.

Bryce’s interest in environmental and social issues was realised after spending time at an orphanage in Honduras in 2006, witnessing real poverty. This inspired him to write his first single that was released in partnership with ChildFund who received all proceeds.

“It was hard to witness people struggle for basic necessities in life and it made me realise how important it is to be a part of the solution. When I found out about Oxfam Unwrapped, it became the obvious choice to gift them ‘Not Christmas Yet’ says Bryce.

Oxfam’s Communications and Media Manager Jason Garman welcomes Bryce’s support of their program. ‘I really encourage people to buy ‘Not Christmas Yet’. It’s a beautiful melodic piece of music to enjoy, and your purchase will be helping some of the world’s most vulnerable people work their way out of poverty.’

Oxfam Unwrapped is an initiative that enables people to gift somebody a donation of a tangible gift to an impoverished nation. A gift could be sweet potatoes to feed a family in West Papua, to a locally bought goat for a family in Papua New Guinea.

Currently Bryce is playing shows around New Zealand, while also recording his debut album, expected for release in early 2013.

‘Not Christmas Yet’ can be purchased now from iTunes and to view the video and find out more about Bryce visit www.brycelangston.com