Governments from over 190 member states have a second chance to make history this month by agreeing the first ever Arms Trade Treaty, when meet in New York for two weeks of negotiations at the United Nations. An Arms Trade Treaty will control the international supply of arms and ammunition. 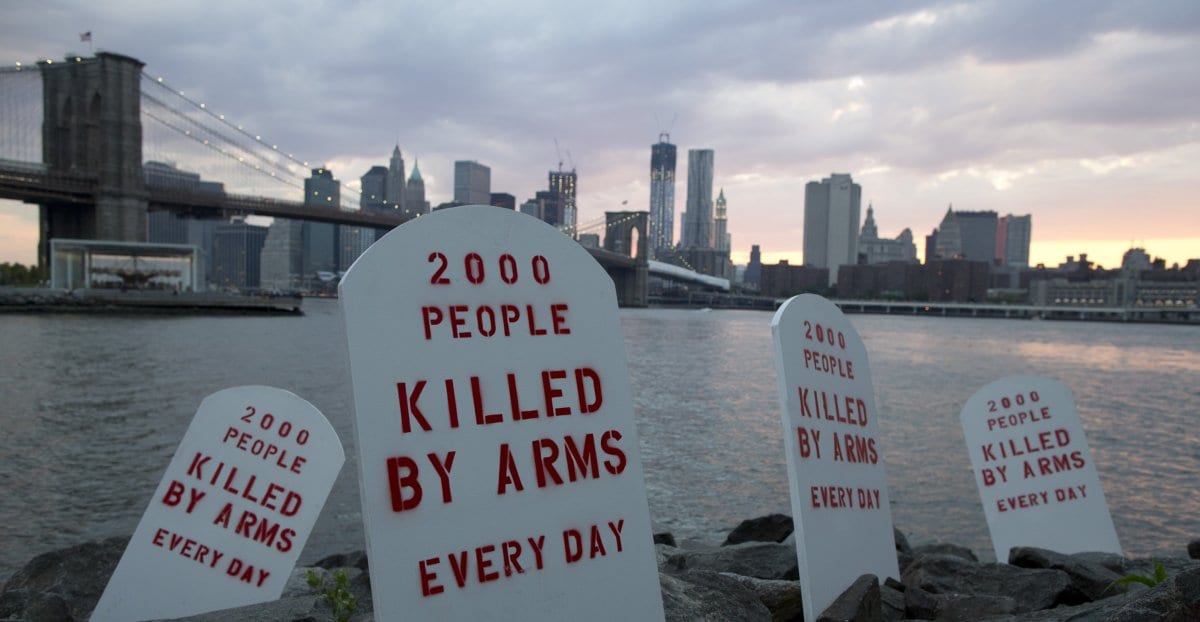 Governments from over 190 member states have a second chance to make history this month by agreeing the first ever Arms Trade Treaty, a coalition of NGOs and human rights groups said today.

Diplomats meet today in New York for two weeks of negotiations at the United Nations, to agree an Arms Trade Treaty, which will control the international supply of arms and ammunition.

The Control Arms coalition, supported by Academy Award nominee Djimon Hounsou, urged  diplomats to use the time effectively to close the massive loopholes in the current draft text and agree a treaty that will truly save lives.

In July 2012, member states were unable to reach agreement on the ATT after a number of countries including the US and Russia requested more time in the final hours of negotiations. Since July, there have been indications that some of those major exporters are more open to agreeing a treaty this time around.

“It’s ‘crunch time’ in New York this week. The negotiations must successfully deliver a strong treaty text as the world can wait no longer for a global treaty to bring the arms trade under control. Too many unscrupulous regimes, militias, arms dealers and criminals can easily get their hands on dangerous weapons. Too many innocent civilians including teachers, doctors or children die as a result of the current situation. It’s now time to put an end to this and agree on robust and clear rules that will bring the trade of M16s, AK47s, attack helicopters and countless  rounds of ammunition under control,” said Anna Macdonald, Oxfam’s Head of Arms Control.

"Seeing young boys carrying AK-47s, and young girls with their babies in one arm and a gun in the other was a frightening sight, like something out of a Hollywood movie, but for me it was a painful reminder of what I myself could’ve become,"  said Djimon Hounsou, Actor and Oxfam ambassador.  "But it's apparent that the people of South Sudan long for peace with both their brothers to the north and within their own borders."

“It doesn’t solve every problem, but a strong Arms Trade Treaty on weapons and ammunition is not something we can question.  It is something we must act upon; today,” continued Hounsou.

The Control Arms coalition said that the draft text from July 2012 contains many of the basic elements needed to better regulate the global arms trade. However, the campaigners say the text also includes a number of weaknesses which threaten to fatally undermine the treaty’s overall effectiveness.

In its current form, Control Arms believes, the treaty does little to increase responsibility and restraint in the global arms trade. One major concern is that ammunition, a deadly trade worth more than $US4 billion annually, is covered by weaker provisions than other types of weapons.

“The experience of the Pacific region exemplifies the need for strong regulation around the transfer of ammunition. Even when the weapons are not being imported in large numbers, weapons already in communities that have long shelf-lives continue to wreak destruction as long as ammunition continues to flow,” said Luke Roughton, Oxfam New Zealand’s Control Arms Coodinator.

Another clause could exempt weapons transfers from the treaty if they are labeled as being part of a “national defence cooperation agreement”. This clause, introduced by India, would mean that transfers made under existing defence contracts, between Russia and Syria for example, would be allowed to stay outside of the jurisdiction of a future treaty.

Control Arms is also worried that the criteria that set out whether or not an arms transfer is permissible are too weak and contain loopholes that could allow some irresponsible deals to continue to slip through the net.

“The majority of governments want a Treaty that will actually stop arms transfers from causing the serious harm we see every day. The minority that have pushed for loopholes and caveats are the ones that possess an interest in maintaining the status quo. New Zealand has been a consistent supporter of the ATT, but to ensure a successful outcome this month, it must be vocal in that support,” said Roughton.