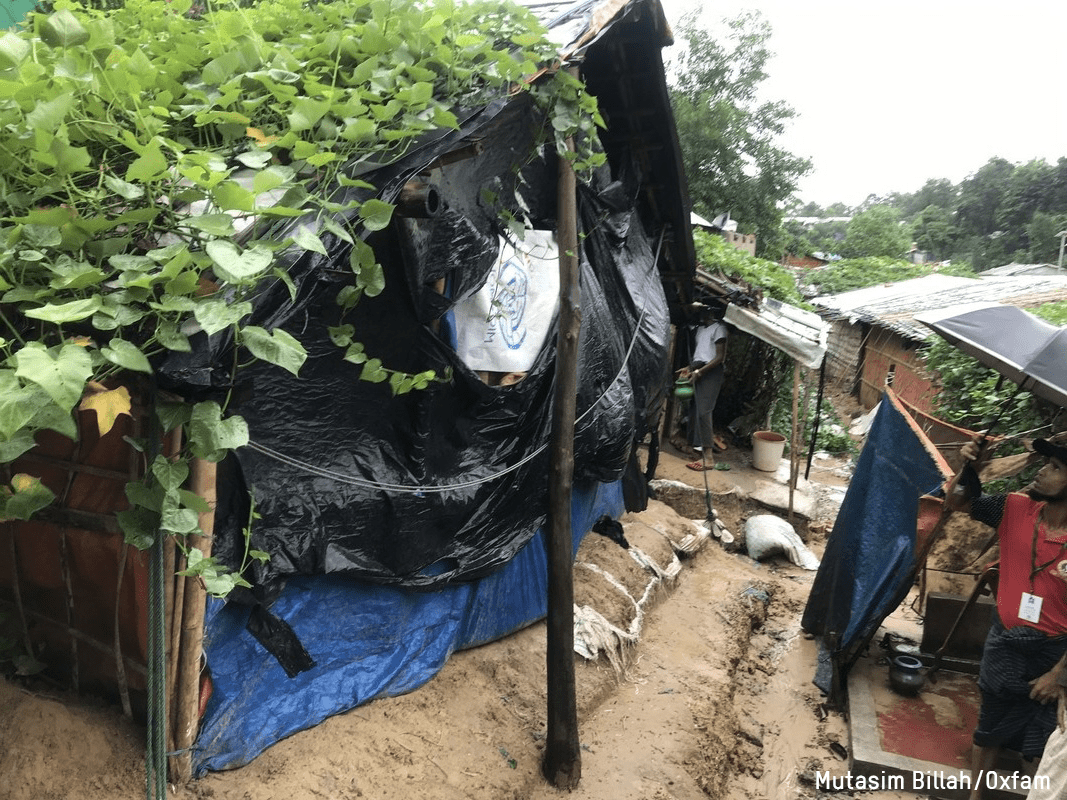 Oxfam is warning that thousands of Rohingya refugees in Bangladesh are in danger after almost a month’s worth of rain fell in just a week.

Cox’s Bazar is home to the world’s largest refugee camp where more than 900,000 refugees live in fragile homes built from bamboo and tarpaulin.

Elizabeth Hallinan, Oxfam’s advocacy manager in Cox’s Bazar, said: “Days of heavy rain and landslides have left homes teetering precariously on the brink of steep ravines. Roads have turned into rivers and streams run down the steep hillsides between people’s houses.

“Oxfam is rushing to reinforce and repair vital infrastructures like toilets and handpumps. Our teams of Rohingya volunteers are ensuring that the most vulnerable refugees who have been forced from their flooded homes have basic household items and are in touch with the camp authorities.”

Safwatul Haque Niloy, Oxfam’s head of public health, said: “The mega-camp is built on hilly terrain and sandy soil that cannot withstand days of heavy rain. Low-lying areas are completely waterlogged and the ground has been churned up.

“People are worried that their homes will collapse. Our immediate concern is for children, pregnant women, older people and those with disabilities who will struggle to leave their homes in these dangerous conditions.

“We have also started monitoring for outbreaks of diarrheal disease which is a risk when there is contaminated water caused by flooding.”

Bangladesh is near the beginning of monsoon season, which will last until September. Weather monitoring stations in Cox’s Bazar registered 700mm of rain in the week to Monday 8 July. Average rainfall for July in Chittagong, the province in which Cox’s Bazar is located, is 733mm.

Oxfam and its partners are providing vital aid including clean water and food to Rohingya refugees in Bangladesh. So far, we’ve helped more than 266,000 people. You can donate to Oxfam’s Rohingya Crisis appeal here.