Yemen: Rise in airstrikes and landmines add to misery for civilians in Marib after year of increased conflict

One year after the battle for Yemen’s resource rich Marib governorate escalated, the humanitarian situation has worsened as shifting frontlines, airstrikes and landmines displace nearly 100,000 people, many of whom have already fled multiple times.

Last month 43 airstrikes hit civilian targets, representing more than a fifth of all airstrikes in the Marib area since fighting increased in February last year. Most of these were on houses and farms, destroying homes and businesses that will take many years to rebuild.

“This escalation in conflict, displacement and death that we are seeing in Marib is a snapshot of the suffering faced by communities across Yemen. Ordinary people who have sought refuge in a place once described as an oasis of calm have become collateral damage in a protracted conflict. The only way out of this is for the warring parties to meet and negotiate a permanent peace settlement.”

Civilians also face danger from missiles and shells fired from the ground as well as landmines and improvised explosive devices. Eight civilians were killed by landmines in Marib governorate in January 2022 compared with five for the whole of 2021, reflecting a worrying rise in the use of these outlawed weapons. Landmines are often placed along roads and tracks across farmland leading to Marib city that are used by civilians bringing in goods to sell and migrants travelling through Yemen.

“Landmines are barbaric. They don’t distinguish between civilians and combatants and their threat, together with unexploded bombs and shells, hangs over communities for decades until they are de-activated. One key road leading to Marib is now a no-go area.  Children have been killed while tending farm animals and even gathering firewood can be deadly. I am particularly worried by reports that records are not kept of where landmines are laid.”

According to UN figures, over one million displaced people live in Marib governorate, either with locals or in one of between 120 and 150 formal and informal sites. However local authorities put the figure at close to two million. Of these, many have now been displaced five or six times.

Salem* and his family live in Alswidan camp on the outskirts of Marib. He said:

“People in the camp are always afraid of military actions that could hit them anytime. We all live in anxiety. I can’t even leave the camp for a short time. I live with fear about my family and my family sleep and wake up frightened.”

The UN estimates that 85 per cent of displaced families are unable to pay rent on a regular basis as opportunities to earn money are scarce. Many are anxious about being evicted since some nine in 10 of the settlements are built on private land without occupancy agreements. Rental prices in Marib city have soared after the recent wave of displacements.

The spiralling currency depreciation coupled with an ongoing fuel crisis has seen prices of food, fuel and medicines more than double. Many people are forced to borrow money and are trapped in a cycle of debt, unable to afford their basic needs.

Yemen is now in its fourth wave of Covid and many displaced people lack access to basic facilities such as latrines and clean water.  Nearly eight years on from the start of the conflict only about half of healthcare facilities are still operating leaving two out of three Yemenis without access to health services.

Oxfam is working in Marib to improve water supplies, provide latrines and to provide cash transfers so families can buy basic essentials.  During the last year Oxfam helped 95,928 people in Marib including providing access to drinking water for 60,000 and cash transfers to 14,875.

The United Nations has issued a statement reminding warring parties that being at war does not absolve them of their obligations under international humanitarian law, which strictly prohibits disproportionate attacks and requires that all feasible precautions be taken to avoid civilian harm. 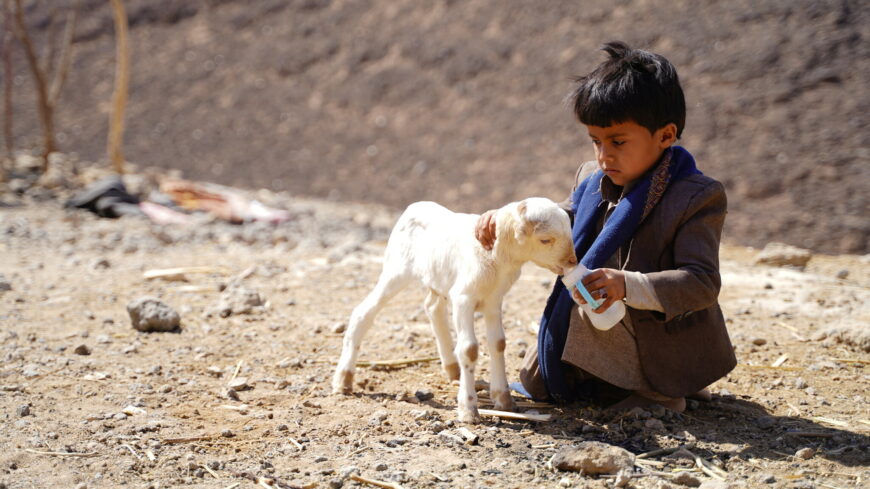 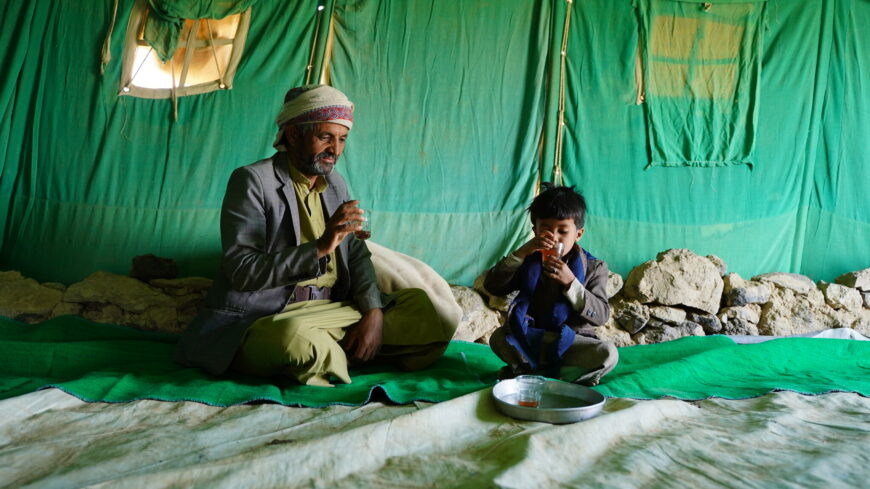 Salem and his family live in the Alswidan camp on the outskirts of Maribl, Yemen. Photos: Kaff Media, Oxfam