The oceans are rising and so are we

We believe in a thriving, resilient future for everyone, everywhere. Human-made climate change is the greatest threat to this future. Together we can stand up to overcome climate breakdown.

At Oxfam, we advocate for New Zealand to do its fair share to cut its pollution, and to properly support people in poor countries to adapt to the effects of climate breakdown. We stand alongside those communities who have been resisting pollution of their land for centuries, and we join with the movement for climate justice to ensure that the voices of people who are poor are heard.

What’s the problem? Humans are causing our climate to change

As greenhouse pollution like carbon dioxide and methane collect in the atmosphere, it acts like a heat-trapping blanket, warming the surface of the Earth. These gasses mainly come from burning oil, coal and gas, as well as industrial agriculture. As the world heats up, we are seeing more devastating cyclones, droughts, floods, food shortages, sea level rise and coastal erosion.

Climate change is a great injustice. It has mainly been caused by rich, industrialised countries, but the effects are being felt worst by people in poor countries, who didn’t cause the problem. They are most vulnerable to superstorms, failed crops, dried up rivers, bleached coral reefs and loss of their homes.

Because of this injustice, helping people cope with climate change isn’t an act of charity. It’s a responsibility. Rich countries must stop making the problem worse, while quickly providing the financing to pay for the damages done. This is called climate finance.

We will not stand by and watch this happen

People all over the world are doing their bit to tackle climate change. Now governments and big businesses have to step up and play their part by cutting greenhouse gas pollution and helping communities adapt to an unstable climate. We can ensure there’s enough good food for everyone. But people – particularly those across the Pacific – need real action now to avoid the worst effects and to keep global heating to within the international goal of 1.5 degrees.

The situation in Aotearoa New Zealand

New Zealand’s pollution is rising, and people in government must act to turn this around.

Despite the clean, green image it promotes to the world, New Zealand’s greenhouse pollution has grown by 64.9% since 1990, reflecting a sustained lack of climate action over successive governments. It is among a tiny minority of developed countries in which climate pollution is going up not down.

In 2019, the ‘Zero Carbon Act’ created a framework for how decisions on climate action will be made by the people in government. In 2021, the Independent Climate Commission has recommended a range of policies to bring our pollution down. This is a great start. However, greater urgency in implementing them is required, and the actions put forwardwould not represent New Zealand’s fair share of keeping global heating to 1.5 degrees Celsius.

After years of getting the framework in place, the real work of transformational action and implementing solutions begins. The government must go further, faster to get emissions down now while also stepping up to finance a thriving, climate-resilient future for our neighbours in the Pacific and beyond.

Aotearoa New Zealand is part of Te Moana nui-a kiwa, the Blue Pacific, and is one of the many Large Ocean States that call this region home.

Our friends, colleagues and neighbours in the Pacific are facing intensifying threats to all aspects of life, culture and security due to climate destruction. For example, in 2018 Cyclone Gita was the worst storm to hit Tonga in 60 years. It affected 80% of the population, and the damage and economic losses were equivalent to 38% of Tonga’s annual GDP.

But Pacific communities are also leading the way in calling for action from the global community, and actively drawing on indigenous knowledge and time-tested traditions to mitigate the impacts of climate destruction and to strengthen resilience.

New Zealand has a responsibility to support the resilience, resolve and leadership of those at the front lines. Supporting the Pacific on the global stage, and contributing our fair share of funding for resilient food systems, mangrove planting and clean energy through the Green Climate Fund are key ways to do this.

What Oxfam is doing to fight climate destruction 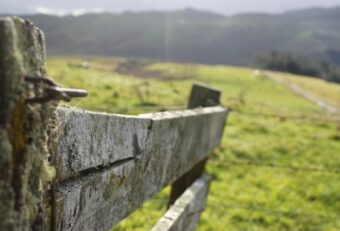 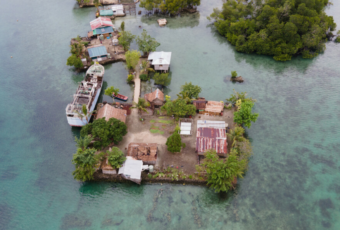 The NZ Climate Action Network, a network of individual organisations that work together to tackle climate change, react to the …
Read More 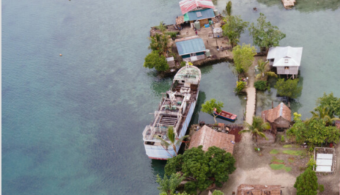 Loss and damage fund at COP27 a monumental win, if properly funded 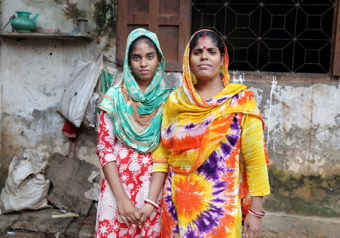 Today Oxfam Aotearoa launched the world-famous campaign, What She Makes. The campaign is about asking fashion brands to pay the …
Read More 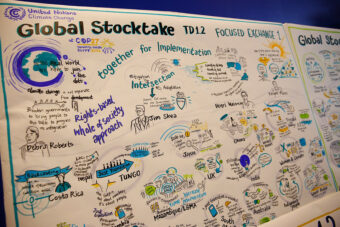 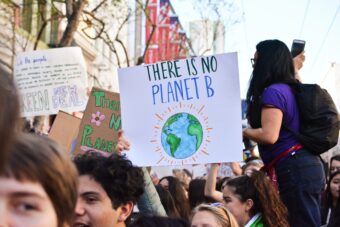