Timor-Leste is a nation comprising half of the island of Timor, in Southeast Asia. Timor-Leste is highly vulnerable to climate-related disasters, and is considered the seventh most disaster-prone country in the world. Women and girls are disproportionately affected by the negative consequences of drought, landslides, and floods. Gender-based violence is prevalent across Timor-Leste and research shows that climate emergencies can lead to further increases in domestic violence.

Timor-Leste is home to about 1.3 million people and is one of the poorest countries in the Asia-Pacific region. Almost half the population lives below the poverty line. According to the UNDP Human Development Report, Timor Leste is among the bottom six Asian countries with a low Human Development Index and the highest Multidimensional Poverty Index.

Although it is well-placed to serve the Asian market, there are many hurdles to establishing a thriving business in Timor-Leste, including poor roads and access to banking services. Agriculture dominates the economy, accounting for 15 percent of GDP and approximately 39 percent of employment. Insufficient food production and an under-developed local market have led to a dependency on imports of rice and other commodities. Malnutrition and poor health are widespread and most rural households suffer from food shortages for at least one month of the year.

One of the key issues facing the people of Timor-Leste is a lack of skills in key areas from government planning to community self-determination. Capacity to deliver essential services remains weak and the rebuilding of infrastructure and civil administration remains a huge challenge. 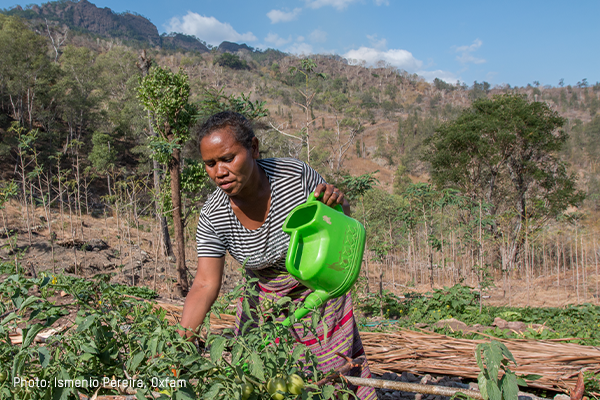 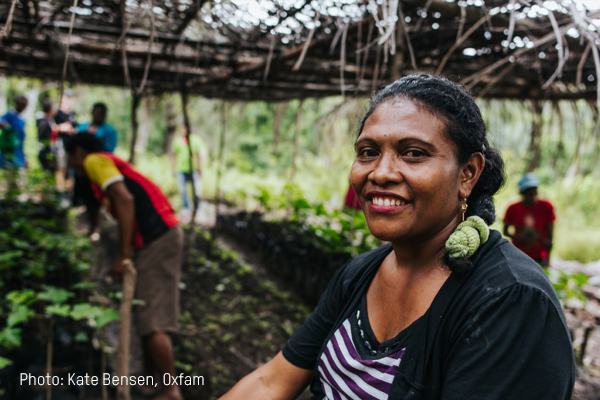 In Timor-Leste, women’s mobility, security, advancement and voice are influenced by a range of highly restrictive patriarchal social norms. Women frequently have less control over the assets on which their livelihoods depend, especially land.

An important aspect of improving women’s land rights will be making sure that formal and informal leaders recognise the how important it is that women have these rights in the first place. 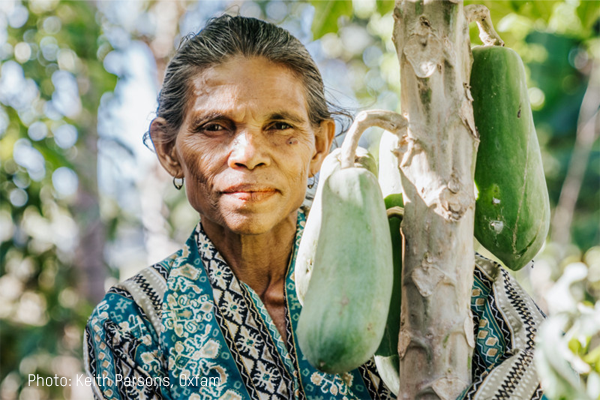 For climate finance to provide the best possible return and the most impact, it must get to where it is most needed. Women and other vulnerable groups in Timor-Leste have not yet been able to adequately, equitably and optimally access or benefit from climate finance.

To put it simply, for women to get more access to this funding, they need to be at the table when the decisions are being made.

Oxfam’s IMPACT programme worked to support economic self-reliance and resilience in rural communities by helping farming businesses to thrive. Oxfam continues to support research into high-value crops, identifying market opportunities for candlenut, mung beans, red beans, shallots and onions. Oxfam’s training has increased production of these crops in Timor-Leste and has provided farmers with wrap-around support in production, processing and marketing, so they can get the best prices for their crops. This increased income helps to make essentials like education attainable for these families and helps break the cycle of poverty.

By supporting Oxfam you will: 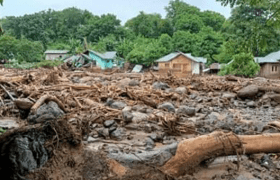 Almost half of the population of Timor-Leste’s capital has been impacted by severe flooding, according to government figures, after heavy rains fell on Dili and nearby provinces last week. Cyclone Seroja took the people of Timor-Leste by surprise, with the small nation previously not within the range of such extreme … Read More 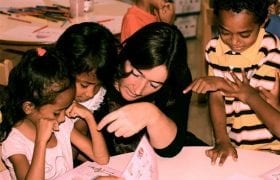 As a twenty-something backpacker with a love of languages, Anna Mosley explored remote pockets of China, Cambodia and Laos, piquing an interest in development work.  Now, fifteen years on, she has worked across Latin America and Asia supporting poor communities in remote regions. She tells us about her new role, … Read More 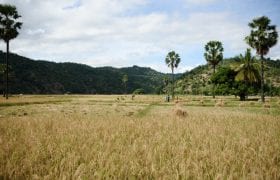 Alvaro and his wife Pascoela live in the village of Beco in Suai town, Covalima district. Since joining a farming co-operative supported by Oxfam, they are using innovative growing techniques to improve their crop and their family income … Read More 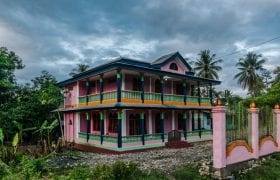 It feels like a rogue forecast of a cyclone headed for New Zealand. The global financial storm was headed our way, but now it seems there’s optimism, or perhaps complacency, in the air. As usual the damage has been more severe for those on low incomes and the vulnerable, particularly … Read More