The Kingdom of Tonga is a remote, low-lying archipelago in the South Pacific.

Tonga has a highly vulnerable small island economy and is susceptible to natural disasters. Its isolation and scattered population create economic difficulties including high transport costs and limited markets. Unemployment in rural areas is alarmingly high and wealth remains unevenly distributed. There are very few salaried employment opportunities for young people and a high level of outward migration. Remittances from workers in NZ, Australia, and the US make up 30% of the GDP, but as the global recession has taken its toll, less money is coming into the country.

It is a constitutional monarchy undergoing political reforms. The country is slowly inching towards full democracy and addressing issues of representation, accountability and transparency.

Quick facts from the UNDP Human Development Report and The World Factbook:

Established in 1991, TNYC is a civil society organisation that works with youth to encourage and empower their talents and creativity.

TNYC is the national focal point for organic farming. They promote and develop income generation opportunities through the Future Organic Farmers of Tonga (FOFT) programme. In partnership with the Ministry of Agriculture, it provides training, farm demonstrations and monitoring and evaluation of agricultural activities.

TNYC raise awareness of the benefits of organic farming and provide support and advice on local and international marketing strategies. They also coordinate a network of organic organisations. Collective action means that organic growers can be more effective in lobbying the government for support.

Oxfam provides TNYC with equipment and expertise to help producers turn the abundant coconut crop into a high-end export product.

Oxfam provides coconut driers, oil presses, drying sheets and other equipment to extract oil from dried coconuts. TNYC Field Officers are trained and supported to visit farmers and assist them with production, processing, quality control, and marketing. We work closely with TNYC staff to develop business and marketing plans for virgin coconut oil (VCO) producers and help TNYC sell their VCO to a range of customers including Heilala Vanilla, cruise ships and a local ice cream firm. 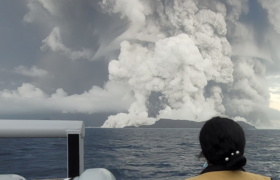 desalination unit, Media Releases, Media Releases, News & Media, Tonga, Tonga, volcano
Bay of Islands based company Open Oceans says it is pleased the desalination units developed on request of Oxfam in 2014 are still helping to save lives in Tonga today. Over the weekend, Oxfam Aotearoa finally made contact with their partner Tongan National Youth Congress (TYNC), and was told the good news about the desalination units.Vanessa Lolohea, Director of TYNC, spoke to Humanitarian Lead for Oxfam Aotearoa Carlos Calderon, saying that morale is high despite the circumstances. Lolohea told Oxfam that water is still a critical issue, but they are managing to survive with what little water they have.Humanitarian Lead ... Read More 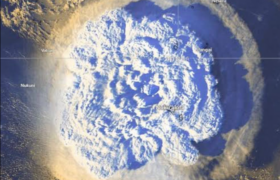 crisis, Emergency, Eruption, Media Releases, Media Releases, News & Media, oxfam, Tonga, Tonga, Volcanic Eruption
Following the recent eruption of Hunga-Tonga-Hunga-Ha'apai and the ensuing tsunami, Carlos Calderόn Oxfam Aotearoa Humanitarian Lead said: “We share the concern of our Tongan whanau here in Aotearoa, New Zealand, and our heart goes out to all those impacted by this event. We are monitoring the situation as closely as possible. “With little communication getting through, we cannot be sure how much damage there may be. Our colleagues have reported volcanic ash upon the ground of approximately 1-2 centimetres. Until we know more, our immediate concerns are air and water pollution from volcanic ash.” Oxfam in the Pacific runs two ... Read More 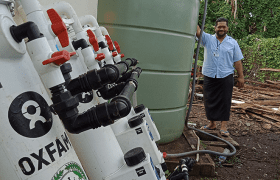 aid, Blog, Blog, Cyclone Gita, Tonga, Tonga
Mausa Halala (pictured) is a volunteer with the Tonga National Youth Congress - Oxfam's local partner in Tonga. He and other volunteers, trained and equipped by Oxfam to provide emergency water supplies, were working within hours of the storm, purifying and distributing safe drinking water on Tongatapu and ‘Eua. Thanks to your ongoing support, they're still responding! Photo: Darren Brunk Oxfam & partner's ongoing response to Cyclone Gita. “This has been a great experience… going out and [reaching] people that are in need shows us just how much our students are willing to help people,” says ‘Ofa Pakalani of Tonga National Youth ... Read More 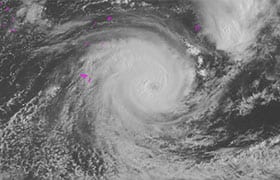 70% of Tongan population affected in wake of Cyclone Gita

Cyclone, Emergency, Gita, Media Releases, Media Releases, Tonga, Tonga
The full scale of destruction is beginning to emerge from Tonga in the aftermath of the severe tropical cyclone Gita. Around 50,000 people, or almost 70% of the country’s population, have been affected, a third of whom are children. Water supplies across the main island of Tongatapu have sustained significant damage, making the risk of further outbreaks of waterborne disease a very real threat. Tonga was already addressing an outbreak of dengue fever in Tongatapu before the storm hit. Jane Foster, Oxfam’s country director for Tonga, said: “Homes have been destroyed, government buildings flattened, and churches devastated. We have one ... Read More 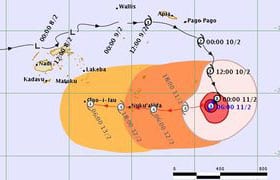 aid, Cyclone, Emergency, Media Releases, Media Releases, Tonga, Tonga
Oxfam is on standby to respond to Cyclone Gita, as latest forecasts predict the storm could intensify up to a category 5 cyclone before affecting Tonga later tonight. Up to 70% of the country’s population is at risk with the severe tropical cyclone expected to pass near the populated main islands of Tongatapu and ‘Eua. The storm’s impact may also be felt in the low-lying Ha’apai group, where damaging winds, rain and storm surge are likely. With the country already addressing an outbreak of dengue fever in Tongatapu, the deterioration of sanitation conditions on the island could increase the risk ... Read More

Facing hardship, but striving for self-reliance

Blog, Media Releases, Tonga
Story by Kamilo 'Ali, Oxfam's Polynesia Micronesia Livelihoods Programme Manager, 13.10.2017 Seven years ago, Sione Te’i fell from a multi-storied building and completely paralysed both of his legs. He’s confined to a wheelchair 24/7, with his legs covered, which seriously limits income-generating opportunities for him. As a way of making money, Sione used to help out a friend whose livelihood is making and selling carvings – however, this income was not reliable. Sione would only earn money if the carvings sold. “Some weeks I would get $30 pa’anga [approximately NZD 20], max, and other weeks I would get nothing. My ... Read More